The museum in the Norway House keeps a memory of an over four thousand young people who, from 1942 to 1945, found themselves in German concentration camps in Norway, distant ravines of the north, polar nights, unbearable hunger and slave labor.

It reminds us of those who did not get to return to their homeland, shot, murdered with torture, hard labor, hunger, winter and unbearable conditions in the far north, of the Bloody Road and a large number of monuments in Norway, the central monuments in Oslo and Gornji Milanovac cemetery in Botn and Moholt...

of the defiant views of the support, the Serbian House, the secret paths through which Norwegian friends lead the refugees
to freedom in Sweden, of a piece of bread and a message concealed by the roadside, a crumpled piece
warm clothing ...

It reminds us of nurturing a friendship despite the enormous geographical distance, of the joy of the first post-war encounters, the establishment of the Yugoslav-Norwegian Society in 1969, of our common House, which has emerged from the symbols created as a memory of difficult times, to become a symbol of life, work, art, of friendships of all generations of Norway and our country. Of sister cities and friendly municipalities, cooperation projects, both at the state and local self-government levels.

Given that the target group or audience consists of school-age children who visit the Norwegian house in organized groups, the setting program is adapted to school age, as far as possible without compromising the overall picture that the setting aims to provide. The setting is designed so that this experience can be extended for those who have more interest. For this purpose, certain parts of the exhibition have the settings and exhibits with which it is possible to spend more time and which are intended for more detailed researching for scientists and researchers who are interested in conducting further research. This is mainly related to written documents, but also visual and audio material, which is offered so that it can be explored by visitors and all interested parties.

The personal experience of the exhibition was created using audio-visual material (documentaries from the camp, interviews with living internees, etc.), as well as giving priority to objects from camps, which are currently few, but which can probably be supplemented and presented to the audience in context. For example, a rifle taken from a camp guard which is currently exposed in one of the showcases is presented along with a large photo of the guard. Other objects are also grouped around a story or activity with which they are connected, thus the story is inspiring the visitor to create a mental picture of an event, and the exhibit only represents an additional stimulus, a meditation object.
Wherever possible, written, visual and other materials were used for interactive purposes so that the visitor feels invited to participate in the exhibition, to try something, to put himself in the position of an internist.
In short, the setting illustrates the events related to the days spent in the camp, as well as the period that preceded it, and the one that followed. The main idea is that the visitor should feel something about the magnitude of human suffering associated with that place, as well as to understand the greatness of human spirit of those who survived such horrors and those who were helping them escape. Painting a picture of a time and place is, therefore, the first obligation of the exhibition, and the enchanting of the scale of human endeavors, their emotions, thoughts, and courage is the other, but much more important goal of the exhibition.
A new permanent setting is ready to respond to several basic requirements. It is primarily informative-educational and contributes to fostering the culture of remembering our recent history. This requirement will be fulfilled if the permanent setting is conceptually sufficiently attractive to visitors, i.e. that it causes compassion to those who have been killed. This is done in a way that enables visitors to deal directly with the suffering of prisoners through identification and empathy. In order to achieve this, the concept implies the complete personalization of the victims, as well as others who participated in events. The whole concept of the new permanent setting is based on this, which is at the same time the demand of contemporary museology.
In order to achieve this goal, the setting implies the use of modern technical means, with as little written and as much

audio-visual material as possible. Accordingly, the whole space of the permanent setting has been rearranged. In its arrangement, it was taken into account the use of non-authentic items that contribute to simulating the circumstances in which the inmates in Norway lived and died. The use of such items creates a sense of suffering.
The exhibition space has been functionally rearranged and organized in seven thematic units.
When entering the Norway House, a visitor or a group of visitors is first referred to a gala hall where a film and a presentation will be projected for about 20 minutes. The film contains basic information on the theme of the permanent setting and its importance for cultivating the culture of remembering and the Serbian-Norwegian friendship. They will then be invited upstairs in a museum exhibition space where they will be able to follow the setting organized in seven thematic units with the help of a guide.

Life before the war and occupation; characters representing people of different social background, originating from various parts of Serbia and Yugoslavia (from Sumadija, Morava, Banat, Bosnia, Krajina); man and his social environment in peace.

War, occupation, uprisings. Man in wartime circumstances. Uprising regions in Serbia and Yugoslavia (maps, photographs). For the territory of the Independent State of Croatia (NDH): genocidal massacres and uprisings. Mass repression, creating a network of camps in the country: camps in the German occupying territory in Serbia; NDH camp network. In particular, the camps from which the prisoners were sent to Norway: Banjica, Sajmiste, Jasenovac, Stara Gradiska. The network of German camps in Europe; a German-Croatian agreement about taking the prisoners for the camps in Norway.

Deportation to Norway; transport formation in detention camps, Admission camp Zemun-logor at the Belgrade fair, the camp of the Tot Organization at Ušće; homeland, national, and political structure of prisoners (graphic and cartographic); traveling, bypass camps.

This whole is the central and the most important part of the permanent setting, and so it occupies the largest part of the space. Its basic content displays the spatial distribution of a detention camp for Yugoslav prisoners, from southern Norway to the Polar Circle, various worksites, including the heavy water factory. Conditions of life and work, everyday life in the camp, malnutrition, illnesses, tortures, shootings, (maps, photographs, three-dimensional objects); divisions among inmates, camp command, guards, kapos.

Inmate solidarity, assistance to inmates of other nationalities, primarily those in the worst situation, Soviet prisoners. How the photos of some of the scenes from camp life were created, including the photos of the shootings. Each of these photographs has its own story, from how it was captured, to its preservation and transfer to safety in order to become available to the public.

The change in the status of prisoners in the spring of 1943 -from forced laborers (convicts) they get the status of prisoners of war; the Tot Organisation camps are taken over by the German Armed Forces (Vermaht). Improving the living conditions, organizing detainees; a special segment of the relationship between Norwegians and internees; Norwegian guards as a part of the German security in camps; Norwegian citizens, workers working with internees, a regular Norwegian citizen and his attitude towards internees. Norway under occupation and its resistance movement; assistance to internees, primarily in food. This is also an introduction to the next thematic unit.

The escapes from the camps as one of the forms of resistance of detainees; from which of the camps they were mostly fleeing; the map with the most frequent escape routes; organizing, Norwegians helping (clothing, food, guides, accommodation, hiding, escorting to the Sweden border). The Serbian House and its significance should be specifically referred to as a part of this thematic unit. It will be located next to the Home on the right side of the road (the left is intended for bungalows). In accordance with its role, the Serbian House will have the photos of Norwegian people that had helped the refugees, three-dimensional objects (forged personal documents, geographical maps, compasses, etc.). Part of the interior should be arranged as a reconstruction of the appearance of the interior of the House at the time it served as a haven for camp refugees. Arrival in neutral Sweden; the role of diplomatic representatives of the Yugoslav government; life in freedom and in new conditions.

Liberation in May 1945; organizing detainees in new conditions; the creation of anti-fascist committees and the decisive role of members of the Communist Party of Yugoslavia; educating the internal courts and trials for detainees-kapos and torturers;

executions of those sentenced to death; everyday life before repatriation, political education in the communist spirit; inmate newspapers, brochures; return to the homeland.

Cooperation of the Institute of Contemporary History and Narvik Center

The work on a new permanent setting had a complex character, with the associates of the Institute of Contemporary History playing a central role in all phases of its achievement. Introducing a new permanent setting was also seen as an opportunity to enrich the Museum's fund as much as possible, thus giving its role, both in museological and educational terms, an even greater importance. Considering the passing of time since the Second World War, the last hours for collecting some materials relevant to the Museum and for a new permanent setting were running out. This was primarily related to the memory of the survivors.
The first phase of the work was heuristic. It began with an insight into the entire fund of the Museum to which the new material from Norway was added and later sorted and connected to the appropriate parts of the fund. After that followed the research in the Archives of Yugoslavia, Military Archives, then in museum institutions, primarily in the Military Museum, the Museum of History of Yugoslavia and educational institutions, University of Uppsala. This research was necessary to supplement the visual material that, in the nature of things, has a central place in the new permanent setting. At the same time, there was also a systematic recording of the remembrance of survivors on the basis of prepared questionnaires.
After conducting the research, a large database was formed with the aim of preserving the collected material and an easier presentation to the visitors. At the same time, the adaptation and equipping of the exhibition space was carried out in accordance with the highest standards in this field.In front of you is a display of exhibition panels that can be seen when visiting the museum and to access the interactive content, we invite you to visit our House and our museum!!! 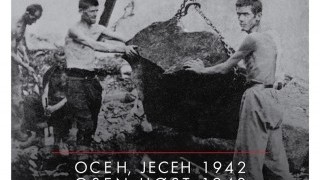 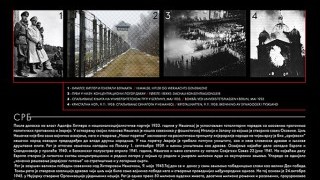 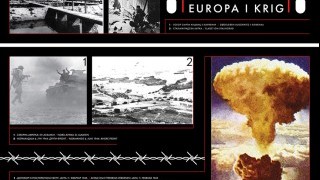 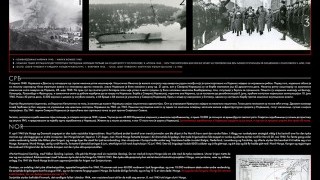 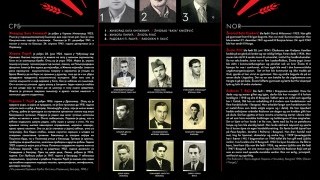 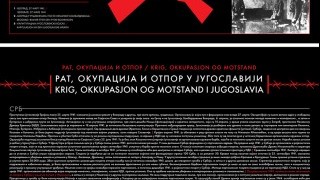 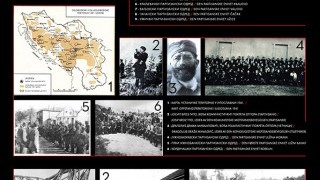 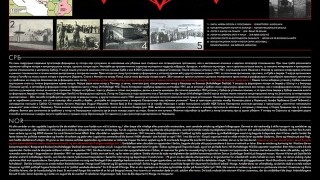 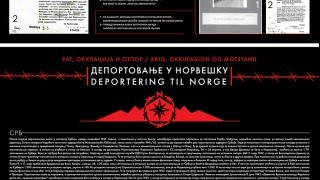 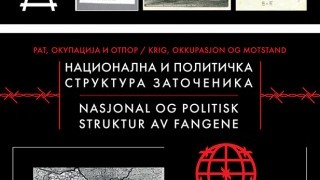 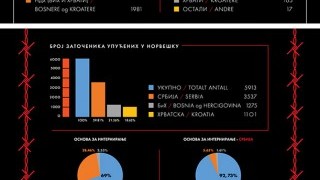 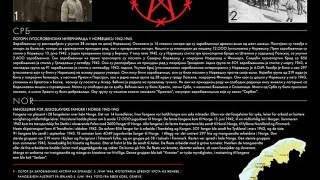 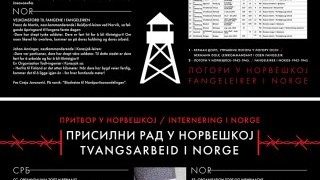 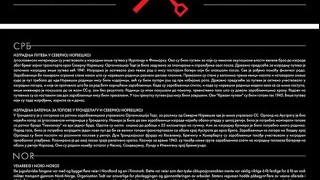 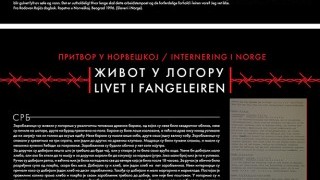 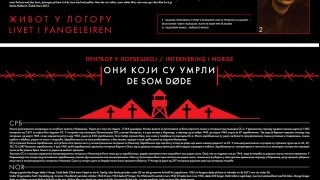 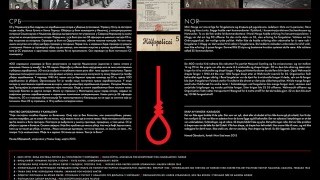 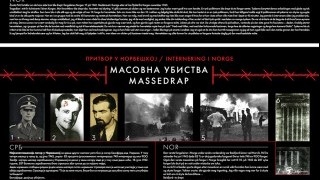 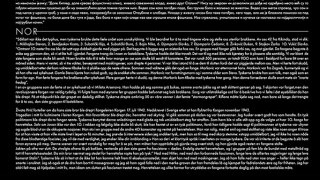 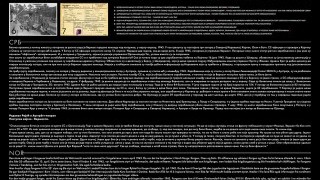 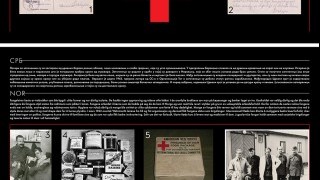 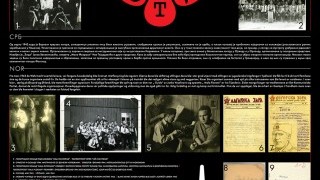 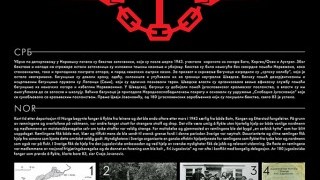 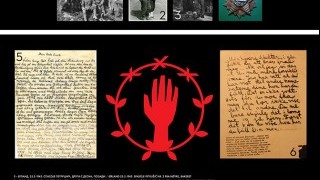 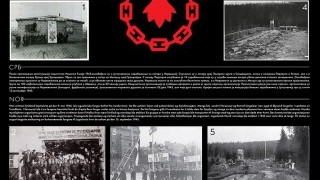 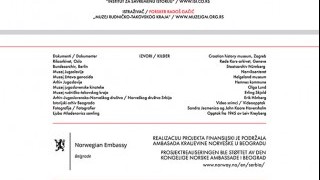 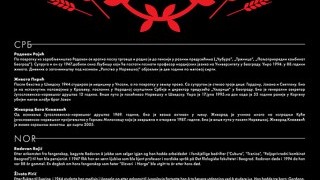